Startup Weekend Houston is this weekend so come out and build some stuff!!! I spent three days of the past week talking about innovation at Station Houston. First there was a discussion about the biggest local chamber of commerce, the Greater Houston Partnership and our local entrepreneurship and innovation scene. Then I spoke at Sketch City’s Civic Hack Night: Education Edition, and finally I had an interesting chat with other entrepreneurs for the monthly OpenCoffee meetup. I’ve had many people ask me about getting looped into the startup scene; I highly recommend following Station Houston’s programming and the Houston Startup Digest calendar. And the queer film festival Q-Fest official launches today and runs through Monday! Here’s my week in photos: 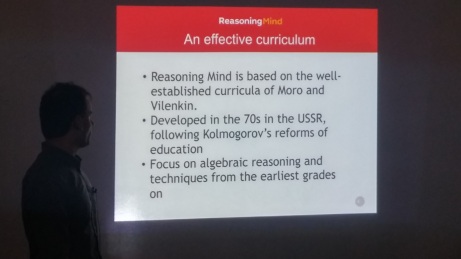 Thursday, July 21:  Joe, Vino and Mingle is a game night in the beautiful space The Library Coffee & Wine House. It starts at 6pm which is the perfect time to go and enjoy the patio space! Social justice organization BLMHTX is having their monthly general meeting at St. John’s United Methodist Church. Rhye, made up of Danish producer Robin Hannibal (you *may* know him from Quadron) and singer Milosh performs at Warehouse Live in the dreaded ballroom with opener Baio (of Vampire Weekend I think) and tickets at $23 with doors at 8pm. Notsuoh is kicking off a *mostly* weekly life drawing session with a $10 model fee. Just bring your own art supplies starting at 8pm. It’s kinda sleepy music but would be good for a date night if you’re looking. Also that night Black Swan Yoga is holding Free Night Yoga at the White Oak Music Hall lawn at 9pm; all you need to bring is your mat! The Secret Group’s free weekly comedy show at Avant Garden has a bunch of headliners with a “super secret guest feature.” Oh and if you have never seen Paris is Burning it’s showing at the Houston Museum of African American Culture for free at 7pm. I’ve somehow never seen it but I’m told it’s a classic and I should be ashamed.

Friday, July 22: Trae Day, in recognition of Houston rapper Trae Tha Truth, takes place at Discovery Green with free backpacks, immunizations, HIV testing, a concert, and lots of family-friendly activities! It runs from 3 to 6pm. The Big Show at Lawndale Art Center is a multimedia exhibition of artists from all over the Houston metropolitan area starting at 6:30pm. If you’re up for a drive to the suburbs there’s a screening of 1991 classic Hook at Alamo Drafthouse Vintage Park and Rufio will be there in person! It’s $20 with two showings at 7pm and 9:30pm. A reading of the renowned queer activist, minister, and attorney Pauli Murray is happening at The Ensemble Theatre and it’s free and should be really really good, especially if you’re unfamiliar with her work.

Saturday, July 23: Explorations of the legacy of Pauli Murray continue with day-long symposium Conversations on Race, Gender Identity and Women’s Issues at St. Stephen’s Episcopal Church beginning at 8:30 am. The dog-friendly Beer, Beats, and Bikes will have 8 female DJ’s at Raven Tower at 11am. At noon the African Children’s Book Festival kicks off at 3305 Bastrop which sounds intriguing for those of you with children or nieces & nephews. It’s $5 and I’d bet my Netflix account that you’ll be able to get some incense and probably bean pies there too. The Art-Op wants to make art more publicly available in 3rd Ward at 2408 Eagle St starting at 2pm with vendors, a DJ, visual artists, and food trucks. Were you caught in the Pokémon Go craze? The first Pokémon movie is showing at Alamo Drafthouse Vintage Park at 4:30pm for a $5 food and drink voucher.  East End Studio Gallery is having a Video Game Art Show at 6pm, so nerds unite! Also, there’s this…

Sunday, July 24: The second screening of the first Pokémon movie is showing at Alamo Drafthouse Vintage Park at 3pm. The Startup Weekend Afterparty at Station Houston kicks off at 6pm so if you missed the weekend’s festivities and final pitch you can get caught up here.

Tuesday, July 26: Emily King and PJ Morton are performing in the Studio (my favorite part) at Warehouse Live! Advance tickets are $18 and doors open at 7pm. I saw her earlier this year; her concerts are lively and her voice is lovely. The Montrose Center is bringing together several groups for Building on Abortion Access Momentum following up on Supreme Court ruling on Texas’ HB2 at 6:30pm.

Wednesday, July 27: If you have any interests in startups and venture capital the Station Houston Lunch & Learn event will have Gordon Daugherty of the Capital Factory Accelerator at 11:30am. Bring your brown bag lunch and learn how to get funded! The seasonal weekly food and beer pairing event (they have wine too) Sundown at The Grove continues in Discovery Green for $20. If you’re on the fence, check out this write-up in Black Girls Who Brunch. If you’re watching the RNC and concerned about the upcoming election become a volunteer deputy voter registrar (with me!) so you can register people to vote. It’s really easy and hosted by the Houston Area Urban League at 6pm. Continuing with what seems to be the startups theme of the week START Houston’s monthly Demo Day will have local entrepreneurs pitching their business ideas. If you get there early around 6pm there’s free pizza and beer but it gets crowded fast. Jill Scott is performing at Revention Music Center with doors at 8pm and tickets starting at $46. Not in my budget but it’s Jilly from Philly so it feels obligatory to at least post it.

Thursday, July 28: Fruition Technology Labs founder Wes Okeke will be walking founders through the process of developing an idea into a business. The monthly event starts at 6:30pm, it’s free, and you should go. Remember when Stacey Dash wasn’t the Stacey Dash we know today? Reflect on those simpler times at a screening of Clueless at the Houston Public Library’s central library plaza at 7:30pm.

RSVP now: I can’t think of anything at the moment but I’m a little low on sleep so if I come up with something good I’ll add it later. I might go back and add Q-Fest film suggestions if I have the time.

As always, MerlexPicks.com for more good stuff. And if you want these sent to you each Thursday, subscribe to my newsletter!