I created a startup at Startup Weekend Houston! MindRemind is a mindfulness app that will send interesting daily text prompts. If you want to help please take this 30sec survey! I also had an amazing opportunity to judge a Third Ward Black History quiz bowl at the S.H.A.P.E. Center where I learned so much from the kids. Donnell Rawlings aka Ashy Larry from the Chappelle Show starts his weekend stand-up comedy run at Houston Improv. 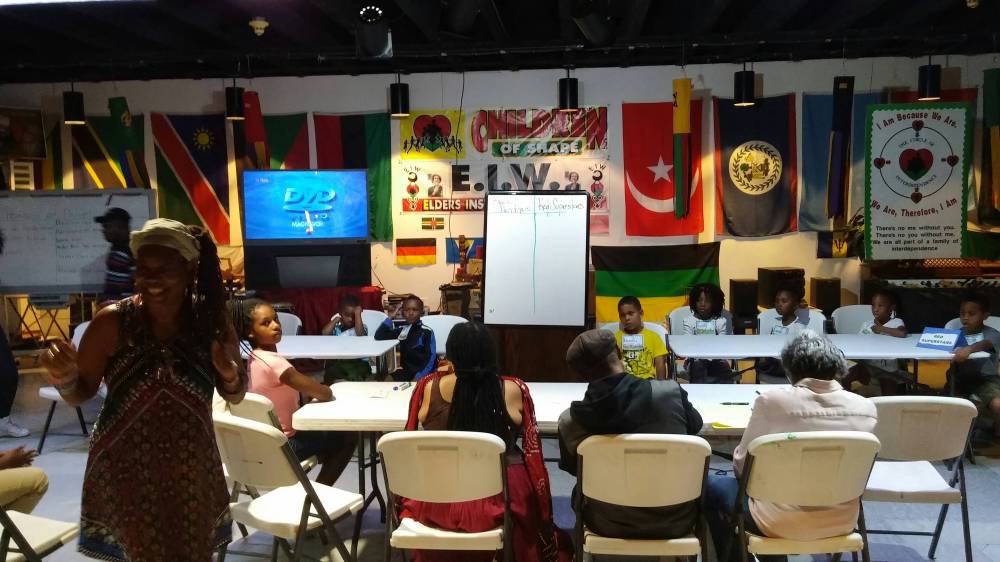 Thursday, July 28: Fruition Tech Labs founder Wes Okeke will be walking founders through the process of developing an idea into a business. The monthly event starts at 6:30pm, it’s free, and you should go. Remember when Stacey Dash wasn’t the Stacey Dash we know today? Reflect on those simpler times at a screening of Clueless at the Houston Public Library’s central library plaza at 7:30pm. The Secret Group Satellite Annex is at Avant Garden at 9pm. The headliner is Rich Williams and you’ll have a bunch of other comics throughout the night with some coming from out of town.

Friday, July 29: SummerSeries at Silver Street Studios is at 5pm. Silver Street, Winter Street, and The Silos on Sawyer will all be open for Houston artists to show off their work. Float & Flick is at the Hotel Derek at 6pm featuring classic The Sandlot. There are drinks, gourmet popcorn, and the movie starts after sunset. $15.  The PlatformIT Show Season 2: Episode 4 is at Aloft Houston at 7:30pm. This event, titled “Planning for Success” features a panel of entrepreneurs talking about their experiences.

Saturday, July 30: Writing Workshop #2: Activism & Politics is at 1318 W 26th Street at 10am. The workshop will help attendees learn how to write historical entries for the Handbook of Houston. The Museum Experience: Zone 3 is in the Houston Museum District at 10am.  Learn from the B.E.S.T. – The Business Essentials Superhero Team is at Station Houston at 11am. If you want to learn important strategies for building a business check out this event with free food. Summer of Illusions Drag Brunch is at Lowbrow at 2pm. Pretty sure a drag show is self explanatory: there’ll be Aretha, Diana, Sia, Beyonce and more.  A Fine Line Art Show is at The Hardy & Nance Studios at 7pm. There’ll be art from a bunch of local artists and beer from 160ft Beerworks. Harry Potter Midnight Release Party is at Brazos Bookstore at 9pm. They’ll have trivia, games, and then they’ll have copies of Harry Potter and the Cursed Child available at midnight!

Sunday, July 31: Two & ½ Years Album Listening Party is at Dean’s Downtown at 6pm. The album is called Two & 1/2 Years: A Musical Celebration To The Spirit of Juneteenth and is a 19-track project by artists Robert Hodge in collaboration with artists like Robert Glasper, Lil Keke, Rosewood Thievz, and many more!

Monday, August 1:  Houston Public Library Quarterly Author Elizabeth Nunez is at the University of Houston Wortham Theater at 6:30pm. She’s reading from her new book Even in Paradise that’s a retelling of Shakespeare’s King Lear set in the Caribbean. Houston Restaurant Weeks begins and runs until September!

Tuesday, August 2: The Greater Houston Black Chamber is having their 2nd Tuesdays Luncheon with the new president of Texas Southern University at the Buffalo Soldiers Museum at 11:30am. $25 for non-members. Houston Night Out for Safety and Liberation is at S.H.A.P.E. Community Center at 6pm. It’s an alternative to National Night Out and intends for community members to re-imagine public safety.

Wednesday, August 3:  Sundown at The Grove is at 5:30 p.m. featuring Belgium beers. It’s another week of craft beers with delicious food pairings as well as wine alternatives for $20. Original TV Dinner Night – Monty Python and the Quest for the Holy Grail with Karbach Brewery featured is at Lowbrow and has delicious food with the classic movie.  #BBQbeerBINGO with Southern Star Brewery and Etta’s Little Kitchen at Down the Street at 6pm. I hear great things about Etta’s which starts at 6pm and the free bingo begins at 7pm!  Yoga&Hops at 8th Wonder Brewery at 7pm. You get 3 beers and a yoga class for $20.

Thursday, August 4:  Houston EdTech Meetup is at Station Houston at 5:30pm. It’s the first meetup and I’m helping to organize it! If you’re interested in learning more join the Google Group!  Houston-based Caribbean jazz band Irie Time is performing at Crossroads at the House of Blues Houston at 7pm.  First Thursdays Short Films is at Cafe Brasil at 8pm and it’s a great way to meet local filmmakers and check out interesting shorts.

RSVP now: The Women’s Leadership Series at Asia Society on August 25 will discuss “Leading from the C-Suite” with a great panel.

As always, MerlexPicks.com for the good stuff.